GENETIC ALGORITHM PROJECTS The term genetic algorithm is used as search technique to calculate the true or relevant solution and ...

The term genetic algorithm is used as search technique to calculate the true or relevant solution and search problems. A computational problem to carry out task effectively in the changing atmosphere.A computing technique for processing evolutionary method is genetic algorithm. GENETIC ALGORITHM PROJECTS provides answer for chromosomes by bit coding and search for good solution candidate in space genotype by using selection, mutation and crossover which are the GA operations.

Motivation of genetic algorithm is an effective theory where biological riles like selective breeding and common descent is used for human benefit. 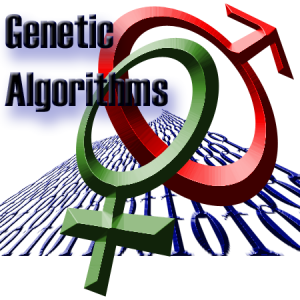 The types of operator used in neighborhood search and its extensions that are nearing to the concept is mutation operators by adding Gaussian noise mutation of an real number is recognized, the parameters of Gaussian is controlled by ES allowing distribution coverage to global optimum.

To emphasize good solution and cancel the bad solution in population by not altering the population size is the prime objective of selection operators.

The chromosome is represented in tree structure.

Each chromosome is a string of 0 or 1.

A chromosome is a sequence of values.

A chromosome is a string of numbers which represent position in a sequence.